The 'Wall' is now displayed at Dublin Airport 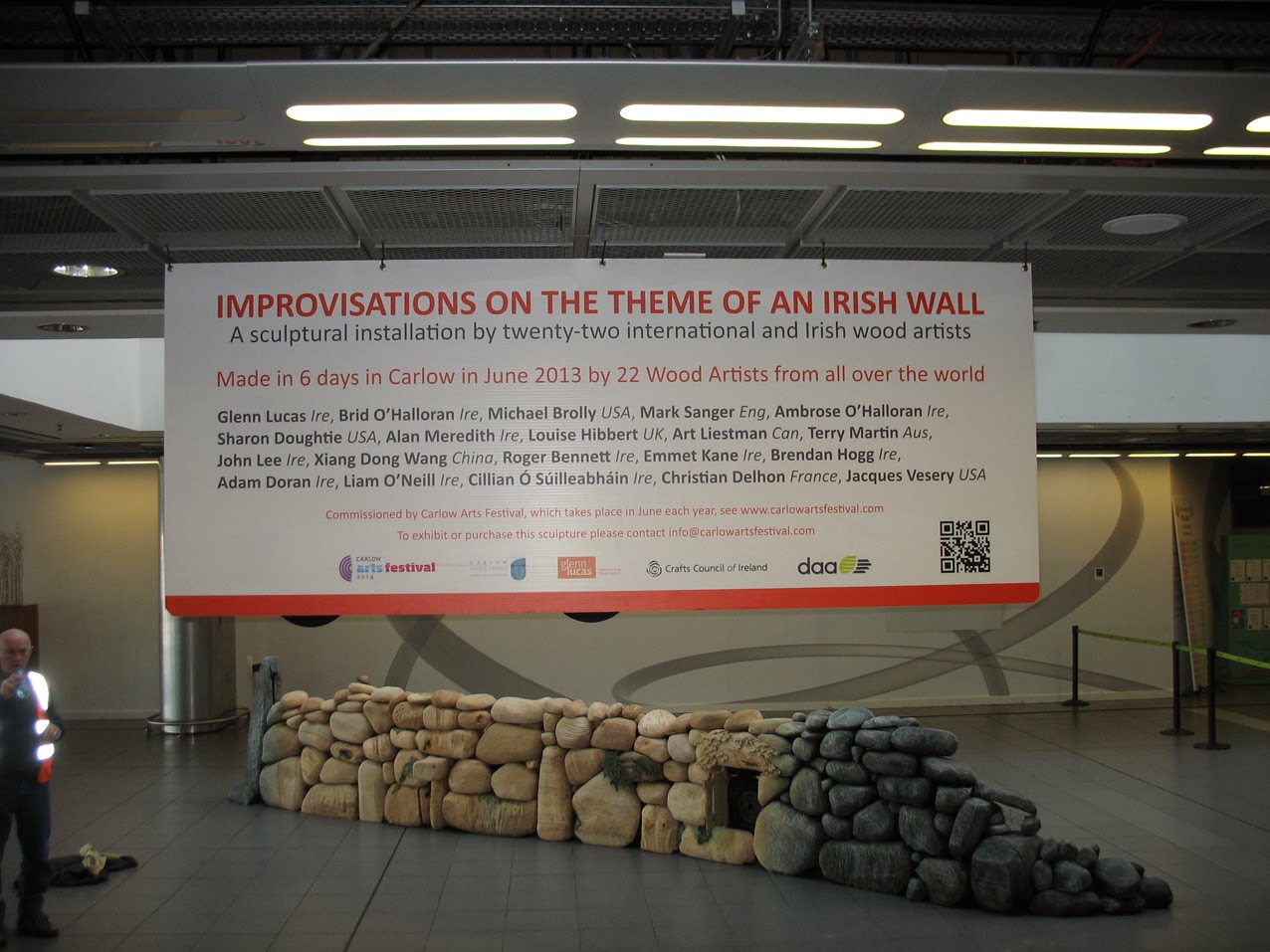 The Irish wood art collaboration that I took part in way back in June of 2013 saw the finished project being displayed at the 'Visual' Contemporary art gallery, Carlow, Ireland.

With thanks to the hard work of the team in Ireland a new venue has been found to display the wall , with its new home being terminal 1 at Dublin Airport. It was and still is an amazing feeling to have been given the privilege to work on such a project with  talented people, something that I will cherish and never forget.

It is such connections and experiences that makes life special and to think that our work is now again be displayed for thousands of people to view is a real honour. Here are some pictures taken by Cillian Ó Súilleabháin as he together with Brendan Hogg and helpers install the wall into Dublin Airport. 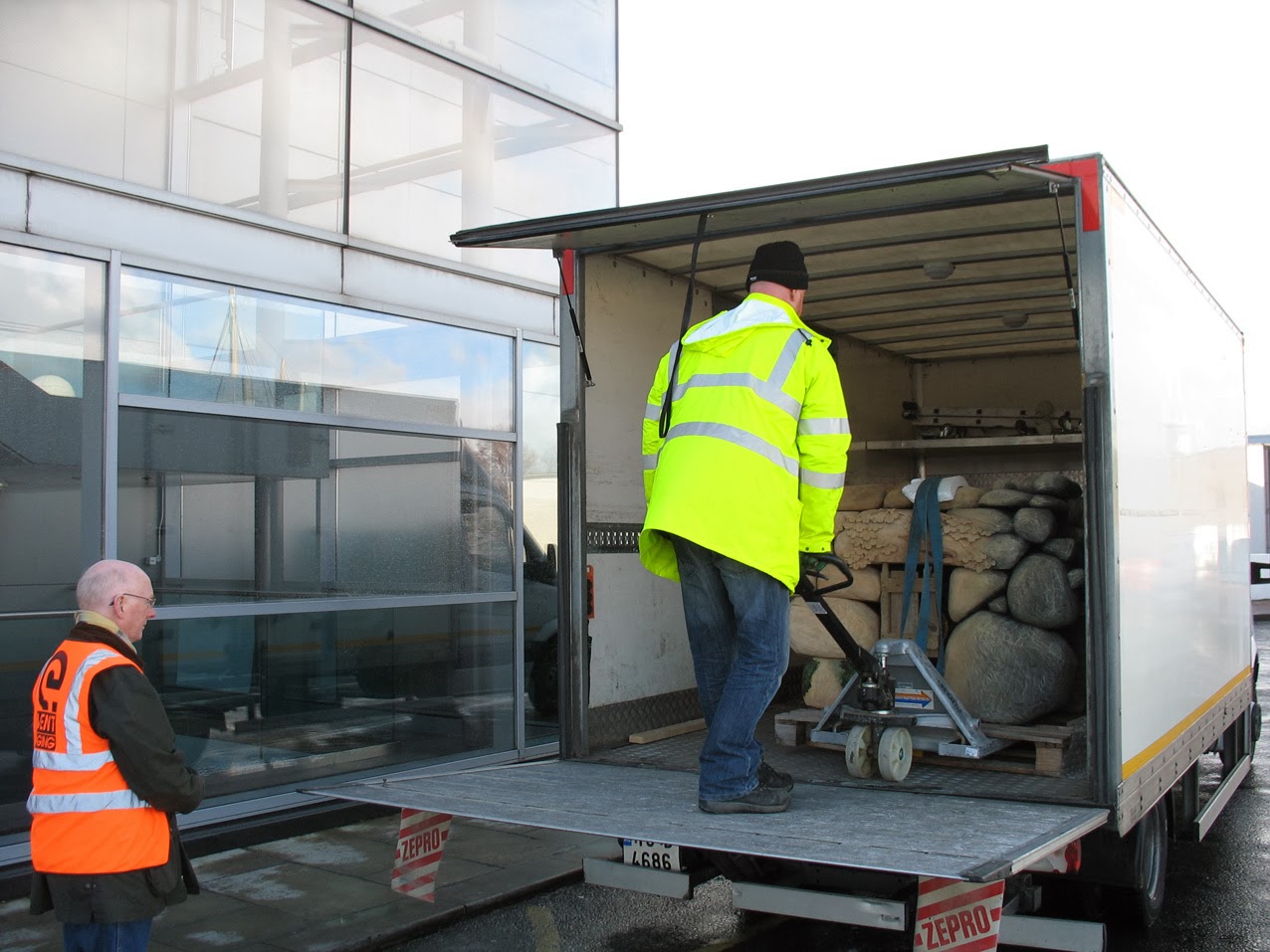 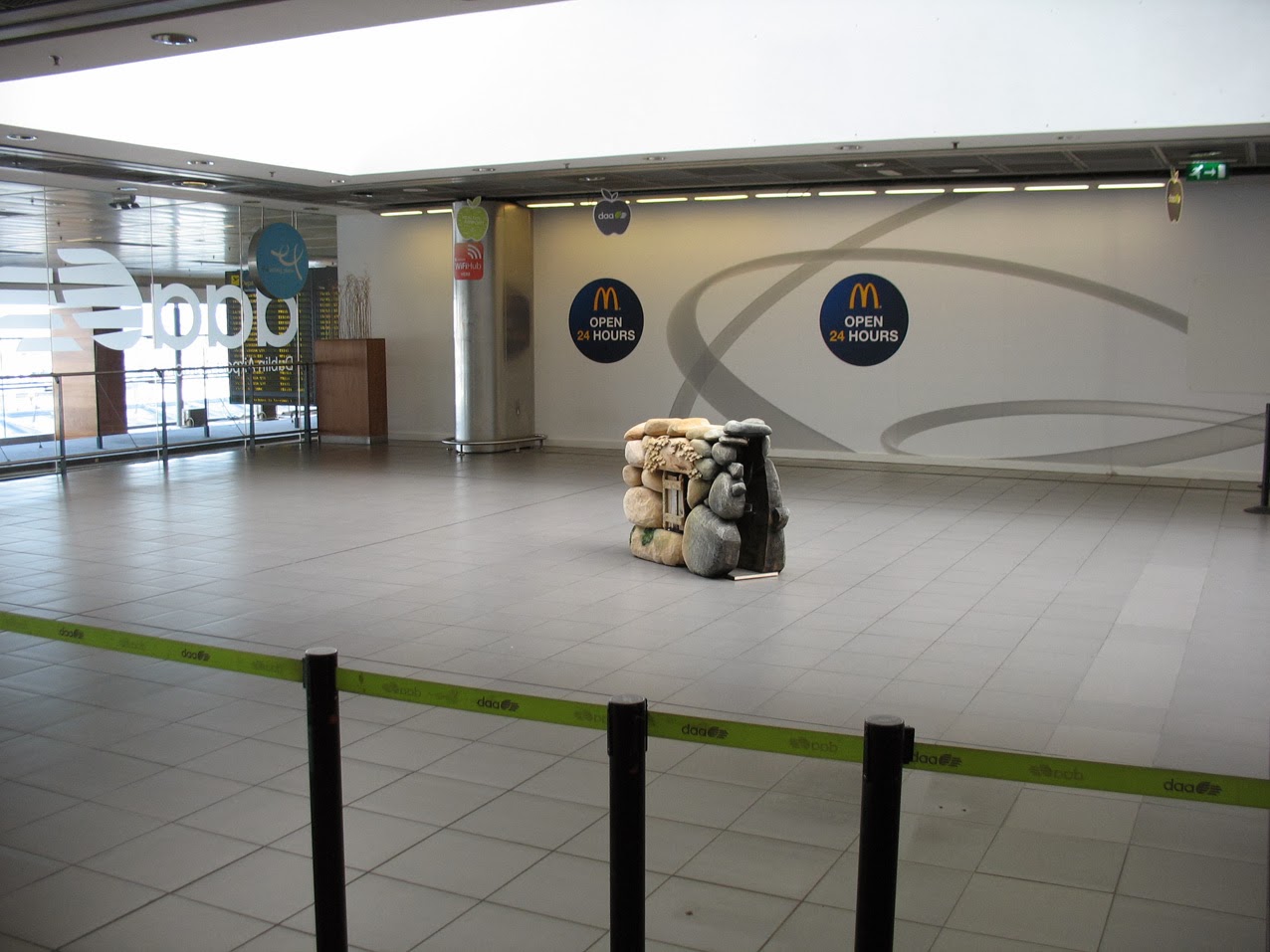 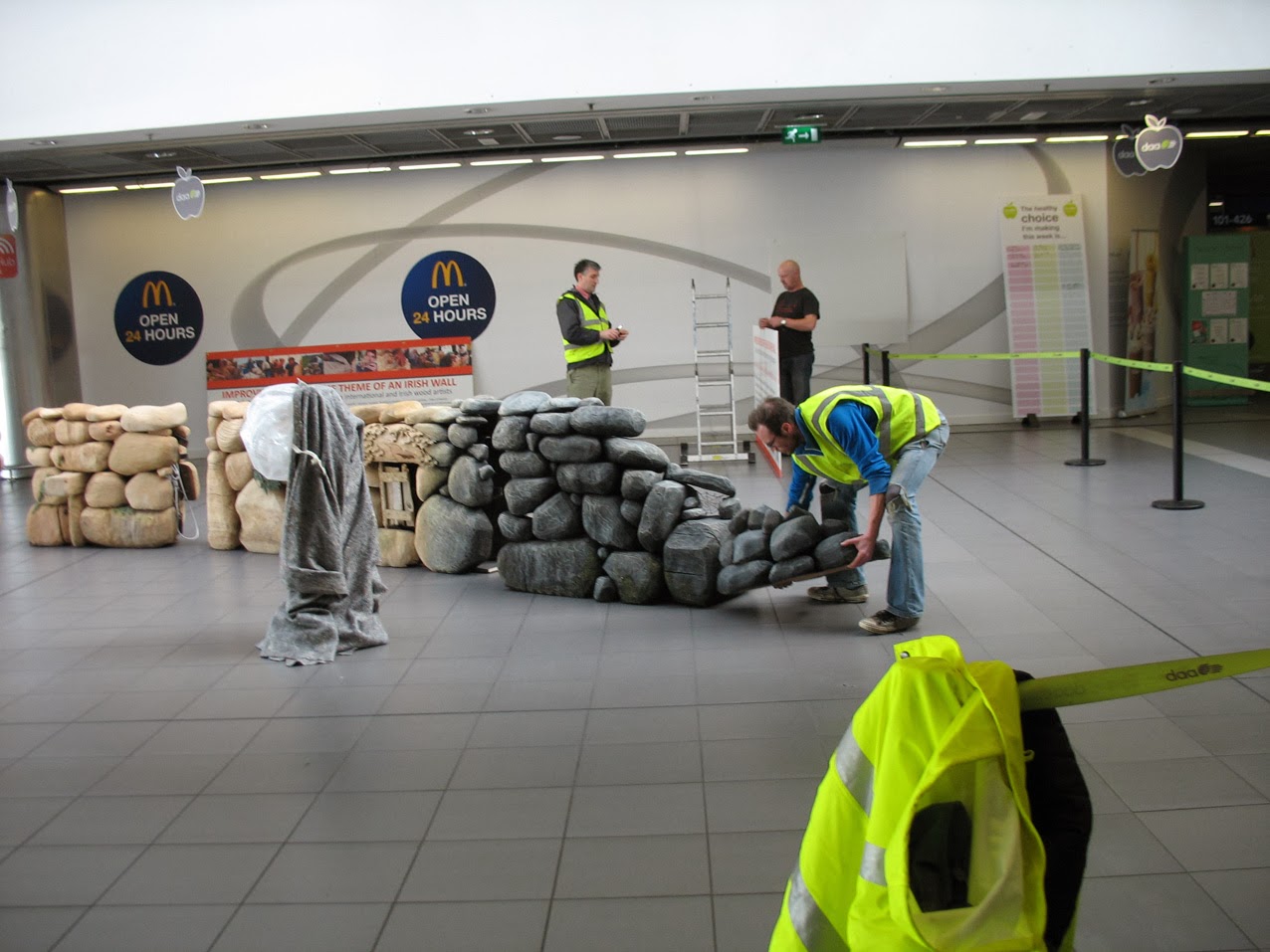 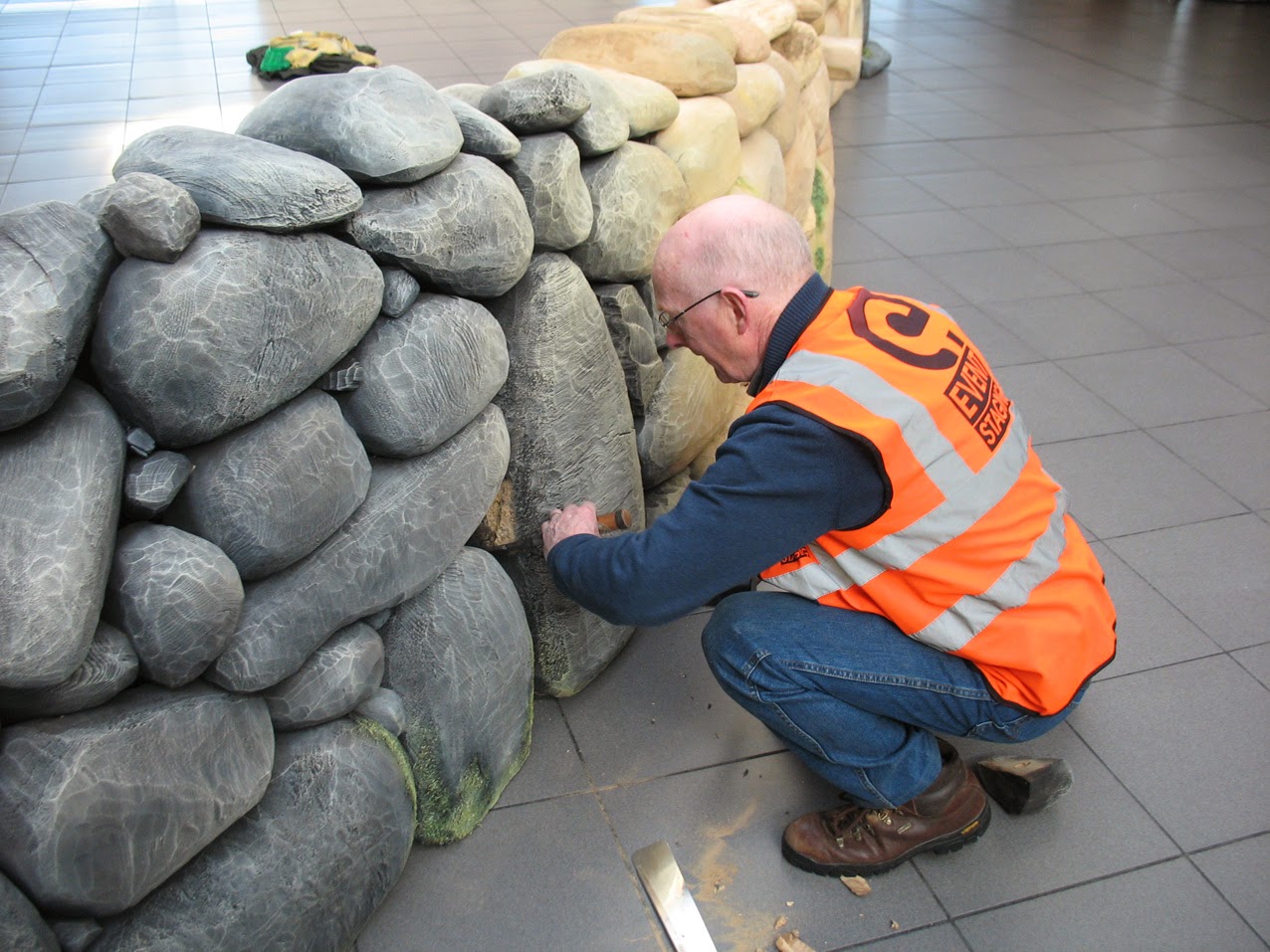 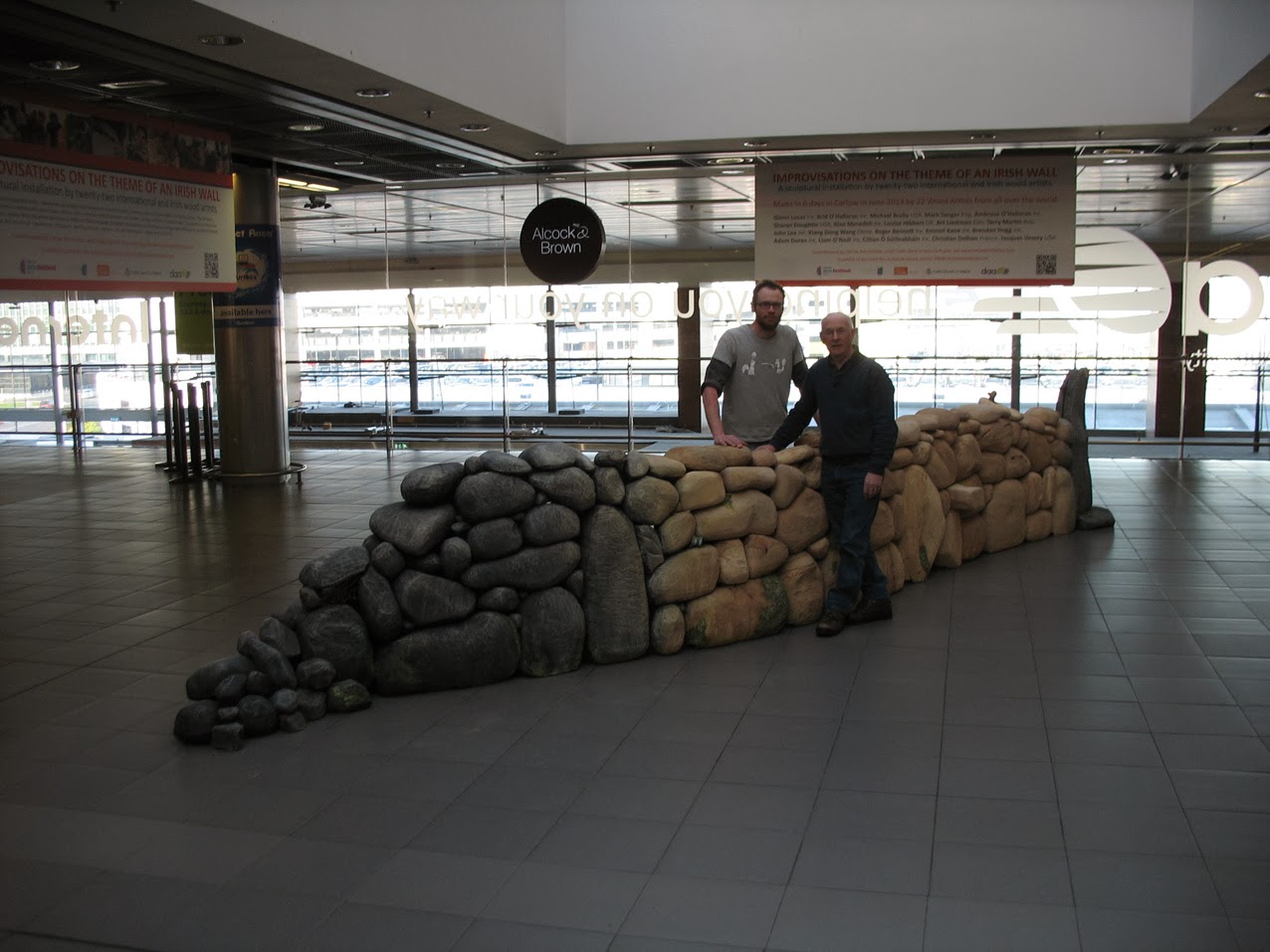 
"Those that practice virtue do their bit and those without it expect you to".
Text of 'Tao Te Ching'